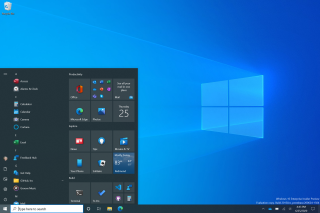 Microsoft is in the process of overhauling the Windows 10 interface by adding modern icons and redesigning the Start Menu. What we didn't know is that the company could abandon sharp, 90-degree angles for rounded corners.

As spotted by Windows Latest, Microsoft will smooth out the corners of Start Menu icons and get rid of the sharp edges. The aesthetic update, discovered on a popup posted to Microsoft’s Tips & Tricks page, is very subtle.

If you look closely at the above image, you'll notice how the search bar and rectangular app icons have slight curves at each corner. Now compare that with the sharp, boxy rectangles and squares seen throughout Windows 10 and you'll appreciate the difference.

While it appears that Microsoft has at least considered this design change, we can't be certain that it will happen. The company did publish a proposal last year to update default control styles with rounded corners, but this is the first time we're seeing these tweaks made to the Start Menu.

I prefer the rounded corners, as subtle as they are. The smooth edges are softer on the eyes and give the interface a more modern appearance that blends in better with other apps. There's a reason Microsoft used rounded corners up until Windows 8, when the geometric Live Tiles took over (and we all know how that went).

As for when these design updates will arrive, only Microsoft knows. It's possible the Start Menu overhaul will be folded in with Windows 10 H1 2021 update, but with Windows 10X being delayed for so long, it's hard to gauge where Microsoft is at with its promised updates.