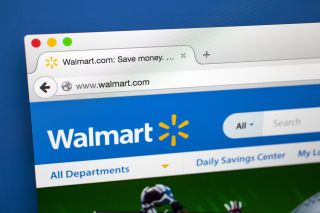 Walmart is taking a page out of Amazon’s playbook to launch its own membership loyalty program. The discount retailer’s Amazon Prime alternative will offer just about the same perks for a lower annual fee.

As Recode reports, the new subscription service, Walmart Plus is set to kick off in late July. It’ll cost $98 a year, which is $21 cheaper than Amazon Prime’s $119 annual membership fee.

Walmart Plus membership holders will get unlimited same-day delivery on products and groceries as well as early access to deals. Another great perk of Walmart’s loyally program is Walmart gas station discounts.

What’s more, membership holders can shop and check out at Walmart stores without waiting in line thanks to a Scan & Go service, similar to Amazon Go.

Whether Walmart Plus will launch nationwide or only for select reasons remains a mystery. Due to the ongoing pandemic, Walmart had the put the brakes on Walmart+ which was initially slated to launch in late March or April.

Walmart bold move to close in on Amazon’s territory is long overdue. Amazon Prime launched 15 years ago and has accumulated more than 150 million members to date.

It's about time Walmart got a piece of the customer loyalty action and the timing could give Walmart a great start. According to a survey of over 1,000 shoppers, Amazon customer satisfaction dropped from 74 percent pre-pandemic to to 58 percent in May.

Since the beginning of the COVID-19 pandemic, Amazon has been struggling to keep up with the influx of online orders. Many Amazon customers have experienced long delivery times or order cancellations as a result.

As we reported earlier, Prime Day 2020 is postponed until October as Amazon tries to get its logistics back to normal.

As millions of households now rely on online shopping, the Walmart Plus initiative will likely attract new customers. Walmart Plus will also give existing Prime members an alternative.

The lower annual fee will appeal to budget conscious consumers looking for a means to save.