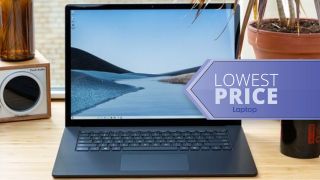 Amazon is selling the Surface Laptop 3 (13.5-inch and 15-inch versions) for up to $349 off. This sale brings the 13-inch base model down to just $950, which is the lowest price we've ever seen for Microsoft's newest clamshell laptop. Note, most models are $300 off while the black 13-inch version is an extra $49 off with an on-screen coupon.

What's particularly great about this deal is that it applies to different configurations and color variants, so you can save on the exact Surface Laptop 3 model you're looking for.

In our Surface Laptop 3 review, we praised the 15-inch model for its surprisingly thin chassis, attractive design and bright, vivid display. It also pumps out loud and clear audio so you don't need to buy a Bluetooth speaker to listen to your favorite music. It's worth noting that the AMD-powered Surface Laptop 3 lasts 8 hours on a charge, which is only OK. Performance is also pretty middling.

Regardless, the Surface Laptop 3 is a great choice if you want a well-made laptop that's extremely portable and has a gorgeous display.

The Surface Laptop 3 was just released a few weeks ago, so we wouldn't be surprised if this is a hot-ticket item. For that reason, you might want to jump on this deal soon.

For all of the latest discounts on tech, see our Black Friday deals and Cyber Monday deals hub.