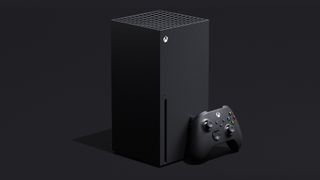 An ear-perking rumor has popped up in the gaming world, drumming up excitement for the new gaming successors. Could Sony and Microsoft be releasing a pro version of the PS5 and Xbox Series X consoles?

VFXVeteran, a member of NeoGAF -- a public forum for hardcore gamers and gaming industry developers -- made the following statement: "I heard that there are 2 consoles per company. The mid-gen refreshes are going to be introduced at release so that these consoles can run the entire 7yr cycle."

You may be wondering if VFXVeteran is a trustworthy source. The member's been privately vetted by the NeoGaf staff as a verified industry insider -- the rigors behind the vetting process, however, is unclear.

VFXVeteran added that the Xbox Series X and PS5 were getting mixed reports on its specs because gossipers were conflating information between the Pro and base models. "XSX that was released yesterday is the top end one -- 12TFLOPS. There will be a base Xbox Series X that is slower than that one," the user said.

"Sony is releasing 2 PS models," VFXVeteran added, "The base PS5 is 9TFLOPs . Their other one is also top of the line to compete with XSX top dog."

The loose-lipped member noted that the premium models will be pricey. "I would guess around $600," the NeoGaf user wrote. VFXVeteran concluded by saying that they didn't have any release dates for the "Pro" models of the PS5: "My guess is that they are going to release both models at the same time.”

The anonymous member also validates claims made by respected Japanese journalist Zenji Nishikawa back in September 2019 who, while livestreaming Assassin's Creed: Odyssey, announced that Sony will have a dual-console release.

Nishikawa leaked that the PS5 Pro could cost around $100-$150 more than the standard PS5 console.

Whether or not these rumors are accurate, we're excited to learn more information about how the specs differ between the standard and premium models. This news is a plus for those who aren't concerned with purchasing a pricey top-performing console; Or, instead, you can snag the base model to prevent your wallet from figuratively shaking its fists at you.