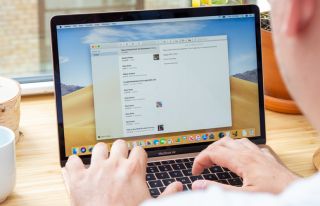 The streets are talking! The tech world is abuzz with rumors about a fast-approaching debut of the 2020 MacBook Air. A new version of the entry-level laptop may be announced as early as next week, according to MacRumors (via SlashGear).

An anonymous tipster told MacRumors that Apple will announce the new MacBook Air lineup next week. The tipster has a credible track record; last March, the same loose-lipped bean spiller told the tech platform that Apple would announce refreshed iPad, iMac and iPod models with three back-to-back days of press releases. This information was accurate save for the iPod bit; Apple announced new AirPods, not new iPods.

This time, the leaker revealed that the MacBook Air's debut is on the horizon. This rumor is unconfirmed, but we're excited to see if this juicy bit of gossip will come to fruition next week.

Apple has unveiled new or upgraded products in March for the past five years, so there is precedence to do so this year. To add a little more validation-filled cherry on top to this rumor, reputable analyst Ming-Chi Kuo revealed that Apple plans to release updated MacBook Air and MacBook Pro models in the second quarter of 2020.

The second quarter isn't until April, but the tipster's disclosure could be hinting that the refreshed MacBook Air will debut earlier than expected.

Current MacBook Air models still ship with the controversial butterfly keys, which have bombarded customers with issues. This prompted Apple to offer a free repair program.

Aside from a keyboard upgrade, we're also hearing that the MacBook Air 2020 may be powered with a 10th-gen Intel CPU. The MacBook Air's minimal upgrade in October 2019 included the introduction of a new True Tone display.

This time, we're hoping Apple can wow us with eye-opening MacBook Air upgrades to this fast-approaching debut.