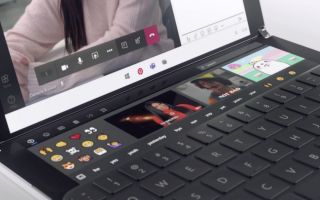 When Microsoft unveiled Windows 10X last October, the vision for the operating system was geared towards dual-screen and foldable devices like the Surface Neo.

With the Surface Neo reportedly delayed, foldable devices are not quite taking off as expected. As a result, the scope of Windows 10X is expanding with Microsoft's Chief Product Officer of Windows and Devices, Panos Panay, announcing today that Windows 10X is coming to traditional laptops (via The Verge).

While this is certainly a change of direction for Windows 10X, Panay is confident that they are well-positioned to make it happen.

"With Windows 10X, we designed for flexibility, and that flexibility has enabled us to pivot our focus toward single-screen Windows 10X devices that leverage the power of the cloud to help our customers work, learn and play in new ways," Panay wrote.

Fans of dual-screen and foldable devices shouldn't give up entirely. Panay says that Microsoft, "will continue to look for the right moment, in conjunction with our OEM partners, to bring dual-screen devices to market." But the first Windows 10X devices are going to be single-screen devices, so if you are looking for a dual-screen device from Microsoft soon, you'll have to stick to the Android-powered Surface Duo.

The massive 75% year-over-year increase in Windows 10 usage was, no doubt, responsible for this move. While we still know little about Windows 10X, the idea behind it is to offer a simpler and more intuitive interface that presumably would allow Microsoft to serve an even larger user base.

There was no update regarding when we will see a Windows 10X device with one or two screens reach the market. Given the broader interest this news will generate among OEMs and users alike, it's safe to assume that there will be plenty more Windows 10X discussion at the virtual Build conference later this month.