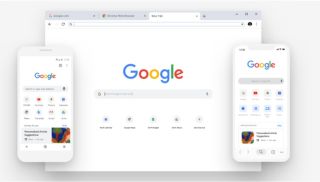 Google is testing yet another Chrome feature meant to ease the frustrations of operating with dozens of open tabs. This feature, which lets you collapse tabs, could solve the biggest problem with web browsers.

Before getting into collapsible tabs, we should spotlight the new Tab Groups feature. As the name suggests, Tab Groups lets you organize active tabs into groups. This way, you can move an entire cluster of tabs around the top of your screen and quickly find related sites without scanning through dozens of tabs.

Now Google is taking it a step further with a beta feature that lets you collapse tab groups (via TechRadar). Available in the Canary build of Chrome 85, the new feature lets you downsize groups so they take up less space on your screen. Right now, the Group Tabs feature lets you glue tabs together but they don't change size or disappear neatly into a main folder of tabs. In fact, group tabs take up more space because a label tab is added alongside website tabs.

The collapsing tabs feature cleans up the mess by letting you hide tabs within labels. So, for example, you could use the Tabs Groups to create a "News" label, then hide your favorite news sites within that label. When you wanted to see what was going on in the world, you'd simply press the "News" label and the sites housed within would expand.

The advantage of a collapsible tab feature is that you can fit more tabs or groups at the top of your browser without feeling overwhelmed, and you don't have to squint to see tabs when you're being lazy about closing the ones you're not using.

The update to Tab Groups is currently in testing on the Chrome Canary (pre-beta) channel, so you need to enable it manually. The steps below will show you how to do so, but keep in mind that the feature isn't finished, so there could be bugs.