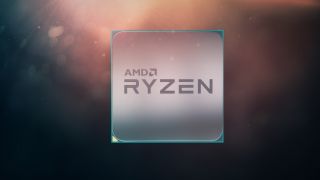 We've been impressed by the performance and battery life of the Ryzen 4000-series CPUs in laptops, but it's hard to not be intrigued by what's coming next. While AMD has given us some indication of what to expect over the next couple of years, it is good to see that things are staying on track.

According to some digging by igor'sLab, the AMD Ryzen 5000 APUs are in early-stage validation already and the mobile-focused "Van Gogh" variant will be making the move to Navi21 graphics (via TechRadar).

While the desktop version of the Ryzen 4000-series is still in its final stages of testing with an expected release date later this year, both the desktop and mobile Ryzen 5000-series are in early-stage A0 stepping, suggesting that everything is on target for the projected 2021 release date for these APUs.

Notably, the mobile side is getting treated to one upgrade that the desktop users will have to wait on: the Van Gogh APU will be stepping up to the new Navi (Navi21) graphics while the high-powered desktop "Cezanne" processor will only move to an upgraded version of the existing Vega (Vega20) graphics.

It will be the following update to the "Rembrandt" APUs that will bring them all together with RDNA-2-based GPUs. This will be just in time for AMD's release of the 7nm RDNA-3 based GPUs if everything remains on track.

With Intel reeling from both AMD's rise and Apple's move to ARM-based (Apple Silicon), it is not surprising to see AMD keeping its foot on the gas. If the company can maintain this pace and cement itself as the performance champ, it's going to be a long couple of years for Intel.