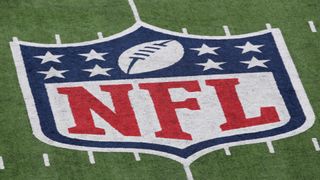 For over a decade, EA and its Madden franchise have been the only name in NFL video games thanks to an exclusivity deal signed back in late 2004. Today, 2K has announced a deal with the NFL (via Polygon) to produce new NFL-themed games starting in 2021.

While 2K hasn't made a football game since 2008, the company is still a mainstay in the sports video game arena with its popular annually licensed NBA and WWE titles.

EA will retain the sole rights to create "simulation football games," for now, but this leaves open a range of possibilities including a more arcade-style game like Midway's NFL Blitz (although, to be clear, that name is now owned by EA). The faster-paced gameplay would be a welcome break from the stagnant Madden series, and would certainly play well on mobile.

2K did not have any news to share today regarding the exact nature of the NFL games that it's working on, only that they are in early development and will not launch until 2021.

The timing is interesting in that EA's current contract with the NFL is up in 2021. Whether there is any real consideration to ending that exclusive relationship or if the NFL is only broadening the scope of its presence in the gaming world is unknown.

The latter would not be shocking given the decline in participation in youth football in recent years, and flagging interest in the NFL among younger viewers. It's also possible that 2K either takes over for or joins EA in creating simulation football games in the years ahead.