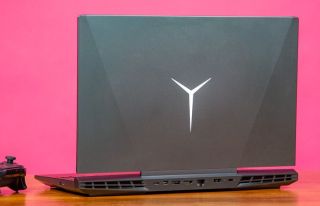 Finding a cheap gaming laptop that can provide a good performance while staying on budget can be a daunting task. However, daunting doesn't mean impossible. We've compiled a list of the best cheap gaming laptops because we know gaming is an expensive hobby.

And with AMD making a resurgence in the gaming laptop space and Intel releasing its 10th Gen Comet Lake H-Series processor, there are a bunch of viable choices to consider. And despite their prices, these cheap laptops can do just about everything their more powerful brethren can, including supporting VR headsets and playing AAA titles at solid frame rates.

We've compiled a list of the best cheap gaming laptops because we know gaming is an expensive hobby. With all the games and peripherals, it can get pricey really fast. And while everything else can cost a pretty penny, who says that the right rig has to cost an arm, a leg and the soul of your firstborn? Fortunately for the fiscally-conscious gamer, there are cheap gaming laptops that can run graphically-taxing games at solid frame rates without putting a serious dent in your wallet.

Over the course of a year, we review over 100 laptops covering every price point and use case. When it comes to cheap gaming laptops, we evaluate a number of criteria including gaming and overall performance, display, battery life and of course, value.

Whether you're looking for a gift for the gamer in your life or want an affordable way to frag on the go, here are the best cheap gaming laptops under $1,000.

The Lenovo Legion Y545 is currently our top overall pick for best cheap gaming laptop. Powered by a Nvidia GTX 1660 Ti GPU and an Intel Core i7 CPU, the Y545 delivers solid gaming and overall performance without putting a hurting on your wallet. We're also fans of Lenovo's understated design, which can transition from work to play with minimal effort.

Looking for extreme endurance? Then you should check out the Dell G3 15 laptop which lasted over 6 hours on our battery test. The latest refresh of the system, this new laptop offers powerful performance on the gaming front. And best of all, it comes with Alienware Command Center, so you can customize several features of the laptop.

Speaking of Dell, check our our exclusive review of the recently refreshed Dell G5 15 SE. Although the all AMD gaming laptop is currently $1,199, we're expecting a price drop in the near future. We're excited about this system as it delivered stellar overall performance and battery life as well as solid gaming performance.

The HP Gaming Pavilion 15-dk0046nr is a great combination of style, power and endurance. Plus, it comes in well below $1,000. We were particular impressed with its agile SSD and it stays cool why gaming and lasts almost 6 hours on a charge.

The https://www.laptopmag.com/reviews/msi-alpha-15-a3ddk is our honorable mentions. Featuring both an AMD processor and graphics card, it marks the chipmaker's return to gaming laptops. It's a great entry, but doesn't hold up to some its Intel-powered competion.

See our picks for best laptops below.

The Lenovo Legion Y545 offers strong gaming and overall performance with understated, business-ready looks — all for an affordable price. Thanks to an Nvidia GTX 1660 Ti GPU and an Intel Core i7 CPU, the Legion Y545 is the best cheap gaming laptop, keeping its competitors at bay. Instead of a flashy light show, Lenovo opted for an sophisticated, subtle design, allowing it to fit in an office setting or a LAN party.

The laptop’s discrete Nvidia graphics chip serves up a surprising amount of power, with above-average results. And when you’re not gaming, the laptop’s Core i7 processor is more than capable of allowing you to create spreadsheets, do some light video-editing and, of course, watch some movies on the beautiful 1080p display. And despite its price, the laptop also delivers a comfortable keyboard and excellent audio. In short, it's the cheap gaming laptop to beat.

The G3 15 is a great refresh of an already impressive, affordable gaming laptop. It has solid performance paired with a great gaming utility on top of awesome battery life for a gaming laptop. Plus, it tears through most games at impressive frame rates and you get a nice comfortable keyboard to play on. But where the laptop truly shines is its price point.

The laptop offers strong performance with its 9th Gen Core i5 CPU and GTX 1650 GPU backed by the full power of the Alienware Command Center. Combine that with great battery life, and you have a badass gaming machine. However, G3's relatively affordable price does come at the cost of a relatively dull 15.6-inch display. Overall, the G3 15 is the cheap gaming laptop to get if you're on a tight budget.

Stellar performance and battery life on a budget

The HP Gaming Pavilion 15-dk0046nr is an entry-level gaming laptop with a powerful Intel Core i7 processor and an Nvidia GeForce GPU, with an agile SSD and great battery life, all wrapped up in a striking, fairly portable design. Its combination of specs, power and endurance earned the laptop a place on our top cheap gaming laptops under $1,000 page.

The Pavilion 15 is not to be slept upon simply because it’s a budget system. It packs some powerful specs which means the notebook can play games at good frame rates. And at nearly 6 hours of battery life, it’s got endurance to spare. It also manages to stays pretty cool, even while gaming.  Still, if you’re looking for a surprisingly powerful entry-level system at a great price, the HP Pavilion 15 should be at the top of your list.

Strong performance for the price

The MSI GF63 is designed for people who want to game, but don't want to spend a fortune to do so. You get solid performance from its Intel Core i7 processor and Nvidia graphics. It offers excellent performance at a reasonable price allowing you to play most modern games at low settings. It's a great choice for an entry-level player.

But don't sleep, the MSI can play most modern games thanks to the Nvidia GeForce 1050 Ti GPU housed within. However, it's strongest suit is its Core i7 CPU which put it a step above the competition on most of the competition. The GF63 is a solid laptop that offers excellent performance at a reasonable price. However, this is a laptop for more casual gamers. Consumers looking for more robust performance should look for a cheap gaming laptop with slightly more powerful specs.

Meet the G7 15. Visually, the G7 15 is cut from a different cloth than either the Inspiron or the Alienware brands, giving the laptop an identity of its own. And it offers solid overall performance for all your multitasking needs. But more importantly, thanks to its Max-Q GTX 1060, you can expect good frame rates on AAA titles on medium to high settings. It's a great cheap gaming laptop.

Rocking a sports-car-like design complete with eye-catching color, the G7 looks like nothing Dell's ever made. But beyond the fetching new look, you get loud audio and specs capable of delivering solid midlevel gaming performance. The latter is important for all your multitasking needs. But more importantly, thanks to its Max-Q GTX 1060, budget-conscious gamers can get good frame rates on graphically-taxing games. It's an emphatic step toward the future that maintains a few good lessons from the past.

Stellar performance at an affordable price

The Acer Nitro 5's powerful 9th Gen i5 CPU, capable GTX 1650 and slick design, all at a sub-$1,000 price, make this machine a casual gamer's dream. Starting from $699, the Acer Nitro 5 ($879 tested) runs games remarkably well and stays cool while doing so. An abundance of ports, solid gaming performance and an affordable price combine to make the Nitro 5 a category leader over more-expensive competitors, giving them a run for their money at just two-thirds of the price.

Nitro 5 is a solid gaming laptop for casual gamers who want middle-tier performance at an entry-level price. This machine's plastic body is a bit chunky, but the processor and Nvidia GTX 1650 GPU more than make up for the chassis. Plus. thanks to Acer's NitroSense fan-control app, the laptop stays cooler than the competition and below the average even when performing demanding tasks.

The TUF Gaming FX705 is a good choice for anyone who wants a large, midrange, yet cheap gaming laptop. The FX705's 17.3-inch, 144-Hz display is vivid and detailed, and its Core i7 CPU and GTX 1060 GPU provide excellent all-around performance. The laptop also has a comfortable keyboard with customizable lighting, plenty of ports and over 4 hours of battery life, which is impressive for a gaming laptop at any price point.

We were thoroughly impressed with the laptop's 17.3-inch, 1920 x 1080 display with its 144Hz refresh rate. Not only did the laptop deliver incredibly smooth frames, it's also bright and vivid. It's great for watching movies and playing games. Overall, the Asus TUF Gaming FX705 is a solid midlevel gaming laptop that offers excellent performance at a reasonable price.

The Lenovo Legion Y530 is the Porsche of budget gaming laptops. Its minimalist design and blackout color scheme give it a suave look you'd associate with tuxedo-clad, big-screen villains. Outside of its stately good looks, you get a gaming notebook that offers a wide range of ports and a solid graphics card. It's a very good choice for casual gamers who want a cheap gaming laptop with a button-up design that can blend in -- and even impress -- no matter the setting.

The Lenovo Legion Y530 is a sleek system that offers great looks, a wide range of ports and a solid graphics card. The laptop boasts a solid display with decent speakers. It's a very good choice for casual gamers who want a cheap gaming laptop that can fit in an office setting or a LAN party.

Laptop Mag has been testing and reviewing laptops for over two decades. We test over 150 different models per year, subjecting each system to a series of rigorous benchmarks that provides a complete picture of performance, battery life and usability.

Our expert reviewers also use each product to see how it looks and feels in everyday situations. Because we see so many different notebooks, we can compare each to its direct competitors and give you an idea of how it stacks up to the average laptop in its price band.

How we test gaming laptops

When we bring a laptop into our laboratory, our goal is to see how it would work if you brought it into your home or office. While we use a number of industry standard benchmarks such as Geekbench and 3DMark, we focus heavily on real-world tests that we have developed in-house. But in the case of gaming laptops, we also make sure to run a number of synthetic gaming benchmarks, using our chosen titles integrated tests. We also game for several hours to established real-world results.

To test endurance, the Laptop Mag Battery test surfs the web at 150 nits of brightness until the system runs out of juice. To judge pure processing power, we use a giant spreadsheet macro that matches 65,000 names with their addresses, a video transcoder that converts a 4K video to 1080p and the Geekbench 4 synthetic test. We measure graphics prowess with both 3DMark Ice Storm / Fire Strike and a series of actual game titles.

We use a colorimeter to measure screen brightness and color gamut while other instruments help us determine a laptop's key travel and ambient heat. See this page on How We Test Laptops for more details on our benchmarking procedures.

How to find the right cheap gaming laptop