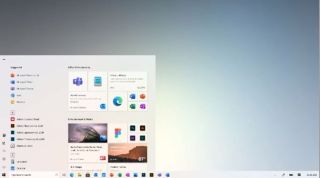 Substantial changes are coming to Windows 10 in the coming months, and Microsoft just gave us a revealing sneak peek.

In celebration of Windows 10 hitting 1 billion users, Panos Panay, chief product officer at Microsoft, posted a video to his Instagram account that shows off new features and UI changes.

The video opens by revealing an overhauled Start Menu with modern icons. Microsoft recently announced that hundreds of legacy icons would be redesigned using the Fluent design language. Their new look has a 3D appearance with vivid colors compared to the previous ones, which were flat and dull.

The team made this video to celebrate making it to 1 billion MAD on Windows 10 and I wanted to share it with all of you. Now at a time when so much of our work and communication is taking place through our devices, it’s especially humbling to know that Windows can help empower a billion people to stay connected to the things and people they care about #Windows Panos Panay

The Start Menu itself is also getting redesigned. Live Tiles will be pared down so they all have the same background color (black or white) and a large centered logo. Certain tiles will include contextual information, like email snippets or calendar reminders. The Start Menu might also get expanded to take up more horizontal space on your screen.

Additionally, the video shows more Fluent Design elements with a modern context menu and long-overdue revamp of File Explorer. It's not clear if Microsoft is adding any new productivity features, but it demonstrated all the ways you can resize a window for multi-tasking.

Microsoft is expected to announce subscriptions for its Microsoft 365 service in a March 30 event. But changes to Windows 10 and details about the upcoming Surface Book 3 and Surface Go 2 aren't expected just yet.

It's possible the new UI will arrive on Windows 10X when it launches later this year. Designed specifically for foldable and convertible (2-in-1) laptops, Windows 10X is the next major software release from Microsoft.

It's possible Windows 10 will be updated around the time Windows 10X is released so Microsoft's two operating systems flaunt a unified appearance. Or Microsoft might choose to roll out the features over time so problems can be ironed out before new features are added.

Whenever and however Microsoft chooses to update Windows 10, let's just hope the company doesn't run into too many problems, as it has with numerous updates in recent months.