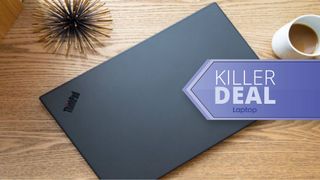 Year after year, Lenovo's ThinkPad X1 Carbon finds its way to the top of our best business laptops rankings. The only reason we wouldn't recommend this excellent machine to someone is because of its inflated price. Fortunately, a massive Cyber Monday discount makes the ThinkPad X1 Carbon more affordable than ever.

Lenovo is selling the 7th Gen ThinkPad X1 Carbon for just $999 after a whopping $1,330 price cut. Lenovo's web pricing is a little wonky but this laptop is more than $400 off what it cost when we reviewed it in September. This deal is for the base model of the newest 7th Gen version; It has a Core i5-8265U CPU, 8GB of RAM and a 256GB SSD.

If you want a bit more power, Lenovo also has discounts on the 7th Gen model with Intel's 10th Gen chips.

These are the lowest prices we've found on this incredible laptop, and we strongly recommend taking advantage of them if you're in the market for a business laptop or a portable notebook with strong performance.

The ThinkPad X1 Carbon is one of the best laptops ever. In our ThinkPad X1 Carbon review, we gave the laptop a 4.5-star rating and praised its sleek, lightweight design, gorgeous 14-inch display and fast performance. Battery life is also great, at nearly 10 hours, and you also get a best-in-class keyboard.