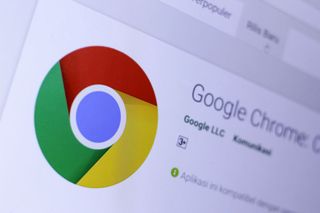 Update on March 27: Last week, Google announced that it would pause Chrome and Chrome OS updates due to the COVID-19 crisis disrupting its workforce, but according to a new Chrominum blog, the tech giant rescinded this statement. Google will continue to roll out updates on an adjusted schedule.

Update on March 20: Chrome isn't the only internet crawler that's pausing updates. Microsoft is following Google's footsteps and halting its updates for the Chromium-based Edge browser. In a recent tweet, the Redmond-based giant said, "the Edge team will pause updating the Stable channel to Edge 81 consistent with the Chromium Project. We are committed to continued security and stability updates to Edge 80."

COVID-19 is continuing its contagion rampage in the tech industry, and this time, the virus has its eyes set on your future Google Chrome updates.

The microscopic-sized pathogen has caused large-scale disruption in the world's workforce, including canceled conferences, forcing employees to work from home and supply-chain issues affecting highly anticipated product launches. Google, unfortunately, isn't immune to the turmoil; the company might be tech giant, but it doesn't stand a chance against the tiny, malicious microbe.

In a recent blog and tweet, Google informed Chrome users that they will be pausing future updates until further notice.

"Due to adjusted work schedules at this time, we are pausing upcoming Chrome and Chrome OS releases," Google wrote. "Our primary objectives are to ensure they continue to be stable, secure, and work reliably for anyone who depends on them."

Due to adjusted work schedules, we’re pausing upcoming Chrome & Chrome OS releases. Our goal is to ensure they continue to be stable, secure, & reliable for anyone who depends on them. We’ll prioritize updates related to security, which will be included in Chrome 80. Stay tuned.March 18, 2020

[Update on 3/27: Google rescinded its statement about pausing updates. The search-engine tech giant will continue rolling out Chrome and Chrome OS releases on an adjusted schedule.]

Google owns the most popular browser. According to Statista, Chrome snatched 64% of the browser market share in the the US with Safari being a far second at 15%. The widely used internet browser typically updates Chrome OS every six weeks, introducing new features and fixing bugs.

Though the market-dominating browser won't be updating Chrome as scheduled, users will still continue to get security updates -- it's the feature upgrades that will be off the table for an indefinite period.

Chrome 81 was poised to roll out on Tuesday, which would have included improved support for WebXR (Chrome's Augmented Reality feature), but the update never made it to users' devices.

"We’ll continue to prioritize any updates related to security, which will be included in Chrome 80,” the Google team wrote in its brief blog post.

The tech giant also recently warned developers that Android app reviews will be delayed for up to seven days due to coronavirus-related work schedule adjustments.

Despite pauses and delays plaguing Google and its popular platforms, we can't help but appreciate the tech giant's transparency and its concession that, for the time being, the coronavirus pandemic is knocking them off their feet.