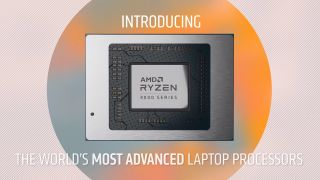 The Microsoft Surface Laptop 3 AMD model is growing green with envy as the spotlight will no longer shine on its alluring processor. A new Surface device in the family -- the upcoming Surface Book 3 -- might be electrified by an AMD chip -- a much more powerful one, too.

When we tested both the AMD and Intel versions of the 15-inch Surface Laptop 3 earlier this year, we found that its Intel iteration was much faster.

Now, there may be a new AMD Ryzen 4000-powered Surface device for us to test, and this time, it should keep pace with Intel.

Hardware leaker @_rogame (via TechRadar) spotted a listing in the 3DMark 11 database that implies the upcoming Surface Book 3 will sport an AMD Ryzen 5 4500U APU paired with a Radeon RX 5300M mobile graphics card.

I found a weird hardware combination An all AMD laptop with Ryzen 5 4500U & what appears to be an RX 5300MGPU vendor is Advanced Micro Devices for both iGPU & dGPU so it's an AMD test laptopAdd to that the new Microsoft Laptop with 4500UI think this is Surface Book 3 pic.twitter.com/ELsppJo7PPMarch 18, 2020

The hardware spy speculated that the powerful AMD APU may appear on the upcoming Surface Book 3.

Latest rumors say the 2020 Surface Book 3 is slated to be released alongside the Surface Go 2 in the spring, but with COVID-19 concerns climbing, there's a chance the launch date will be pushed back.

It's easy to theorize that Microsoft will continue working with AMD for a Surface device successor, but of course, we won't know for sure until the Redmond-based tech giant unzips its lips and spills the beans on future AMD plans.

Compared to its previous generation, AMD Ryzen 4000 chips reportedly have a 15% increase of inter-process communication, a 59% jump in graphics performance and improved efficiency levels for ultraslim laptops.

Should this APU power a future Surface device as speculated, we can't wait to experiment with it in our labs to find out if it lives up to AMD's impressive claims.