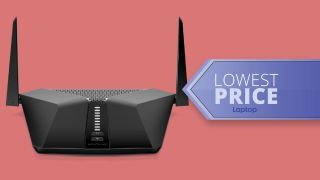 The right router can enhance your home wireless connection by eliminating lag and network congestion. However, these routers can be pricey, which is why we're all over Walmart's current router deal.

Walmart has the Netgear Nighthawk AX4 AX3000 Router on sale for $99. Traditionally priced at $199, that's $100 off and the lowest price we've ever seen for this Netgear router. (It also hit this price on Cyber Monday). By comparison, it undercuts Amazon's current price by $46 and it's one of the best router deals we've seen this month.

Netgear Nighthawk AX4 AX3000: was $199 now $99 @ Walmart
With WiFi speeds up to 600Mps and 4-streams, the Nighthawk AX4 AX3000 WiFi 6 router eliminates buffering due to demanding network usage. At $99, it's the cheapest it's ever been and a must have if you download multiple video streams at home. View Deal

The Nighthawk AX4 AX300 supports ultra-fast speeds up to 600Mps with 2.4Gbps to boost overall WiFi performance. Meanwhile, the router's 4-WiFi streams increase bandwidth to combat network congestion. So if you want to enable a buffer-free gaming and steaming experience for your entire home network, the Nighthawk AX4 AX3000 router is a solid choice.