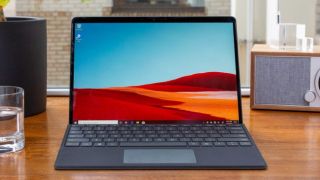 Microsoft has released a new version of Windows 10, which means it's time to tell you everything that went wrong with it. In all seriousness, Microsoft has had a terrible time of late releasing updates, with some causing damaging bugs and others not working at all.

The latest update: KB4524570 (part of the greater May 2019 and November 2019 Updates) falls into the latter camp. As reported by TechRadar, a number of PC owners are having trouble installing the latest version of Windows, which fixes critical security flaws in Microsoft Edge and Internet Explorer.

As one user wrote on Microsoft's community forum, "I clicked Update, it was downloaded and I saw Installing. After 100% I got 0x80073701, no problem, I tried to reinstall it maybe 4-5 times - the same error."

Other users are seeing the error code 0x8009001d with a message: “Updates Failed, There were problems installing some updates, but we’ll try again later.”

The problem is widespread enough that it forced Microsoft to post a blog with step-by-step details on how to bypass the error.

What to do when you get an error updating Windows

Microsoft says users hit by one of the error messages should first check for updates again then try to re-install the update.

If that doesn't work, the following steps should help you bypass the error message.

If the problems remain, Microsoft says to visit its Get help with Windows 10 upgrade and installation errors page.

Microsoft can't seem to push out an update without breaking something. One of the more recent updates bricked devices with a Blue Screen of Death. That was followed shortly after by Microsoft pushing out an update to the wrong users.

Let's hope the company takes its time ironing out any kinks before releasing the next big Windows 10 update, which is expected sometime in early 2020.