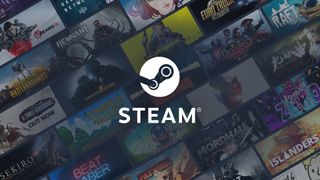 Steam Summer Sale 2020 offers jaw-dropping discounts on thousands of PC games. For a limited time, you can save up to 85% on an array of PC games like AAA hits, indie, multiplayer, cult classics and more.

So whether you want to expand your Steam library with new titles or snag that game you've had your eye on for some time now, here's your chance. The Steam Summer Sale ends soon, so this your friendly reminder to rack up on games for dirt cheap while you still can.

One standout deal in the Steam Summer Sale is Shadow of the Tomb Raider: Definitive Edition for just $19. Usually, this game retails for $110, so that's a whopping $91 off its regular price.

It's the lowest price we've ever seen for this game and one of the best gaming deals we've seen all year.

Shadow of the Tomb Raider: Definitive Edition includes the base game, all seven DLC challenge tombs, as well as all of Lara's downloadable weapons, outfits and skills.

There are two ways you can access Steam's cheap PC game deals. You can shop Steam's Summer Sale online or via the free Steam app for iOS and Android in the App Store or Google Play, respectively.

Before you finalize your wishlist of games, check out some of the best Steam Summer Sale 2020 deals we've seen so far.

Borderlands 3: was $60 now $30 @ Steam
Borderlands 3 places you, the Vault Hunter, in the lawless world of Pandora. This time around, the new threat to the planet and the universe comes from the Calypso Twins, Tyreen and Troy. Steam Summer Sale 2020 takes 50% off this AAA game. View Deal

Gears 5: was $60 now $30 @ Steam
Steam Summer Sale 2020 takes 50% off Gears 5. This excellent third-person, cover-based shooter, is one the best Gears of War games ever made. It features in-depth storytelling, beautiful open-world environments and a host of characters.View Deal

Dead by Daylight: was $20 now $8 @ Steam
Dead by Daylight is 60% off in Steam's Summer Sale. In this 4 vs 1 multiplayer horror game, one player takes on the role of the savage killer and the other four players play as survivors trying to avoid being killed. View Deal

Gears Tactics: was $60 now $40 @ Steam
In our Gears Tactics review, we were impressed by its thoughtful turn-based mechanics, on-point cosmetics and loads of performance settings. Save 33% on this excellent strategy game for Gears of War and XCOM fans in the Steam Summer Sale. View Deal

Monster Hunter: World: was $30 now $19 @ Steam
Monster Hunter: World is arguably one of the best multiplayer co-op experiences to date. Hunting monsters is tough, and it's always better with a friend, maybe even three. You can own it for just $19 in the Steam Summer Sale. View Deal