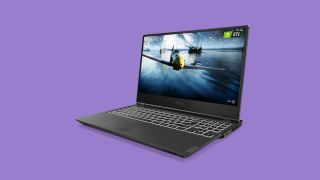 Nvidia’s gone super –– GPU that is. The company recently announced that its Super series of graphic cards would be making the leap to gaming laptops. Available now, the new graphics cards bring the promise of better performance which should be music to the ears of mobile PC gamers.

What is Nvidia Super?

How much faster? Well, that depends on the laptop’s specs and  operating conditions. Think thermals, power caps and the like. But if the desktop results are any indication, we could potentially expect upwards of a 25% boost.

While the Super series starts at 2060, for laptops, Nvidia is targeting the top tier with Super 2070 and 2080. That means we’re expecting to see either of these chips in the heavy duty systems like the Alienware Area-51 and the MSI GT76 Titan if they get that well-deserved refresh.

Here’s how the Super GPUs stack up against RTX chips:

How much better is the performance?

For right now, we can say that Super GPUs...are faster. Until we start getting the systems in, we can’t say exactly how much better. However, we’re eager to start this testing with earnest so stay tuned to Laptop Mag for that subsequent testing.

Gaming laptops are about to get a significant boost, courtesy of Nvidia. The company’s supercharged Super chips bring all the ray tracing goodness of regular RTX series GPUs, but with even more performance –– just how much remains to be seen. But rest assured, it’s going to be an exciting time for mobile PC gamers.