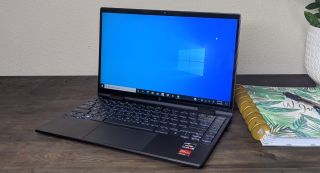 Microsoft's new security feature for Windows 10 will make it more difficult for bad actors to infect your PC with malware.

As ZDNet reports, the Kernal Data Protection (KDP) security feature prevents malware from modifying Windows 10 memory by giving developers a tool to designate parts of the OS kernel as read-only.

When converted to a read-only state, sensitive information housed in memory can't be accessed or modified. Protecting memory by making it read-only is valuable for the Windows kernel, inbox components, security products and third-party drivers, like anti-cheat and digital rights management software, Microsoft wrote in a blog post.

Microsoft described a handful of secondary benefits generated by the Data Protection feature:

Microsoft suggested the KDP concept was created in response to attackers shifting their techniques toward data corruption now that security technology can ward off memory corruption attacks.

KDP is available now for any computer with Intel, AMD or ARM virtualization extensions. It is also supported on laptops with second-level address translation, or NPT for AMD, EPT for Intel and Stage 2 for ARM.