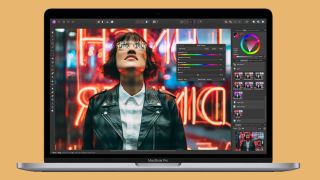 The 13-inch MacBook Pro has historically been one of the best laptops, but an unreliable keyboard has weighed it down in recent years. While not the overhaul some were expecting, Apple has finally launched a new 13-inch MacBook Pro with an improved Magic keyboard and faster processors.

The other major improvement to the MacBook Pro is its 10th Gen Intel CPUs. Interestingly, Apple still offers 8th Gen chips on the lower-end models to keep the starting price ($1,299) down. Those who need the best performance should opt for 10th Gen CPUs, although you'll need to spend at least $1,799 for the extra speeds.

As previously mentioned, you'll need to spend $1,799 to get 10th Gen Intel Core CPUs. The cheapest model with those chips has a Core i5 CPU and comes with 16GB of RAM and a 512GB SSD. If you need more power, you can spend another $200 for a 10th Gen Core i7 CPU. By opting for these higher-end models, you also get two additional Thunderbolt 3 ports for a total of four.

Apple didn't make any major changes to the MacBook Pro's design. There were several rumors claiming Apple would move to a 14-inch display in the same way the 15.6-inch MacBook was updated with a 16-inch display.

Apple chose to keep the MacBook Pro at 13 inches, so the new model has the same dimensions (0.59 x 11.97 x 8.36 inches) and weight (3.1 pounds) as the previous version. And since Apple didn't update the design, the 13-inch MacBook Pro retains the chunky bezels of its predecessor.

Ports remain as limited as before. Lower-end models come with only two Thunderbolt 3 inputs and a headphone jack while the $1,799 model and up have four Thunderbolt 3 ports.

There weren't any changes made to the display, either. The MacBook Pro 2020 has the same 13.3-inch, 2560 x 1600-pixel Retina display as before. Some folks, myself included, will be disappointed that Apple kept the panel at 13.3 inches instead of increasing it to 14 inches.

There is a silver lining: the display on the 13-inch MacBook Pro is a good one. It exhibits a wide color gamut and gets up to 500 nits of brightness, which should make it usable outdoors or under harsh interior lighting.

The best reason to buy the new MacBook Pro is for its new Magic keyboard. The Butterfly keyboard, known for being unreliable and uncomfortable to type on, is officially extinct now that the 13-inch MacBook Pro has been updated with scissor switches.

We found the Magic keyboard to be much more comfortable than the Butterfly keyboard in a side-by-side comparison judged by several Laptop Mag staffers.

The MacBook Pro packs up to a 10th Gen Intel Core i7 CPU, 32GB of RAM and up to 4TB of storage. That processor is rumored to be a 10-nanometer Ice Lake CPU, which means it'll come with solid integrated graphics but might not perform as well as laptops running 14nm Comet Lake chips.

The previous MacBook Pro maxed out with a Core i5 CPU, so these new specs should represent a pretty big jump in terms of performance. Interestingly, cheaper versions of the MacBook Pro are still powered by aging 8th Gen chips.

The MacBook Pro's battery life is rated at 10 hours, which would be a decent result if it holds up in our real-world battery test.

While a minor upgrade from the previous model, the new MacBook Pro 13-inch fixes its biggest mistake while adding loads of performance. Gone is the Butterfly keyboard and in its place is a more reliable and comfortable Magic keyboard.

Also new to the smaller MacBook Pro are 10th Gen Intel Core CPUs, up to a Core i7. Unfortunately, you'll pay a pretty penny for the new chips, and Apple still charges extra for additional Thunderbolt 3 inputs.

Overall, the new MacBook Pro seems to be a conservative update, but one that should satisfy, if fail to impress, Apple fans.