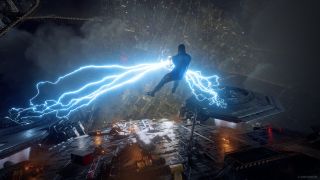 Marvel's Avengers isn't far away from launch, as it's hitting physical and digital shelves in just over a month. But before it launches, Crystal Dynamics has a private and open beta planned for the coming weeks.

The Marvel's Avengers beta will likely take players through online play, so you'll be able to play with up to three other players at a time for a squad of four. Here's when and where the beta will be available.

The Marvel's Avengers beta will go live on different dates depending on what platform you're using. From August 7 to August 9 is when people who have pre-ordered the game on PS4 are able to access the game.

And finally, from August 21 to August 23 is when the beta actually moves to an open beta, so anyone can take part in playing Marvel's Avengers without actually having to pre-order the game.

It won't be long before you'll find us on the battlefield wrecking fools as the Hulk or laying the hammer down as the mighty Thor himself.