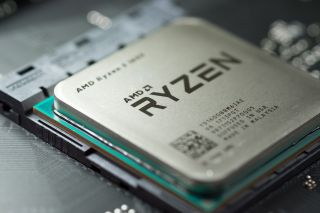 With a base frequency of 2.38 GHz and 8GB of RAM, the Ryzen 5 4500U -- housed in a Lenovo notebook -- scored 1,083 in the single-core test and 4,744 points in the multi-core test; these scores surpassed most of Intel's Comet Lake-U processors in the same test on Windows.

"This is despite the Core i7-10710U having a higher boost frequency and multi-threading support, which the Ryzen 5 4500U lacks," NotebookCheck notes.

The Geekbench 5 test for the Ryzen 5 4500U also tells us that the processor delivers sustainable performance, consistently maintaining a 3.9 GHz clock throughout its run. The benchmark entry was an unnamed Lenovo laptop powered by a Ryzen 5 4500U CPU, but NotebookCheck suspects the device could belong to an IdeaPad series.

At CES 2020, AMD stole the show by announcing a new range of notebook processors to face off against Intel. As a guide, U-series processors are designed for ultrathin laptops, H-series CPUs are for gaming/creating laptops and Pro series for ultrathin professional laptops.

AMD's new chips, designed with Zen 2 architecture, promised to offer powerful performance to strengthen productivity -- and it seems like they're delivering on that commitment.

AMD claimed that over a dozen laptops will be amplified with Ryzen 4000-series chips for the first quarter of 2020. The company also promised more than 100 Ryzen 4000-powered systems by the end of this year.

We can't wait to see what AMD has up its sleeves as it goes head-to-head with Intel in the laptop market.