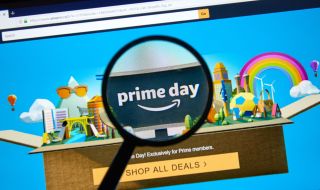 Amazon Prime Day 2020 is now postponed until September, according to a report from The Wall Street Journal. The delay echos a prior report that the retailer's summer annual shopping event would be pushed back to August at the soonest.

From the start of the ongoing pandemic, Amazon was hit with a massive wave of orders. As a direct result, the company is scrambling to get its logistics back to normalcy.

"Unlike a predictable holiday surge, this spike occurred with little warning, creating major challenges for our suppliers and delivery network," Amazon founder and CEO, Jeff Bezos, said in an annual letter to shareholders.

Amazon temporarily paused the shipping of non-essential products to handle the influx of orders caused by quarantine.

Back in April, Amazon lifted the ban, resuming its Fulfillment by Amazon merchant shipping service. As Business Insider reports, Amazon expects to have the capacity to process higher shipping volumes by September.

Currently, Amazon has over 100 million Prime subscribers in the US, however, some exclusive Prime member perks like one-day or even two-day shipping are no longer available. Some Prime members are canceling their memberships and venting their frustrations on social media.