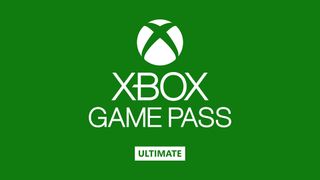 Perks for the first month include content for Phantasy Star Online 2, World of Tanks: Mercenaries, Sea of Thieves and Smite. New Perks will be announced with updates to the catalog each month

Here are the Perks available for this month:

Phantasy Star Online 2: "Enter the world of one of Japan’s biggest online RPGs with a special content bundle, which includes unique emotes, in-game cosmetics including an Xbox jacket, a gold ticket Mission Pass and in-game currency with a Meseta Crystal. Available to members in the US and Canada only."

World of Tanks: Mercenaries: "A global multiplayer free-to-play game dedicated to tank warfare in the mid-20th century. Start your journey with three powerful tanks and more!"

Sea of Thieves: "The essential pirate experience, from sailing and fighting to exploring and looting – everything you need to live the pirate life and become a legend in your own right. With Perks, you get a free Ori-inspired Ancestral Sails, Figurehead, Hull, and Flag to adorn your ship."

Smite: "Become divine in the #1 MOBA on Xbox, with a bundle that unlocks five Gods, special character skins and voice packs so you can ride into the battle of the Gods in style. With Smite, join a community of 30 million players and defend your portal in showdowns in the Collesium."

To redeem your Perks just go to the Xbox Game Pass tab on the Xbox One or in the Xbox app for mobile or Windows 10.