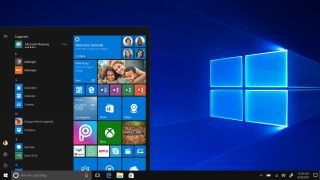 US users were irked by the new prerequisite of creating a new Microsoft account to use Windows 10. Now Germany is suffering the same fate, which is causing many to speculate that Microsoft's tactics may go global.

The Windows 10 installer tells users that if they don't want to use a Microsoft account, they can always remove it post-installation. This makes us speculate that Microsoft is banking on users' laziness to encumber them from deleting the enforced account.

Replies to the Reddit thread indicated that there is a better workaround solution, though. The easiest way to get into Windows 10 without creating a Microsoft account is by disconnecting your PC from the internet when you're setting up your system. If it's not connected to Wi-Fi, then you can create a local, offline account.

Those outside of the States who don't want to create a Microsoft account may now need to follow this tip. German tech site Dr Windows reported that the local account option has disappeared for German users, too.

"If you install Windows 10 with the official installation media from Microsoft, you will now be forced to set up a Microsoft account in the German version with an active internet connection," Dr Windows wrote.

Dr Windows speculated that Microsoft may have been testing the enforced account tactic on US users, and it may now be implemented worldwide.

To be fair, some argue that having a Microsoft account is beneficial. ZDNet's Ed Bott argued that the local account is lousy from a usability and security point-of-view.

Bott added that if you're an organization with an Office 365 Business -- or other subscriptions of the sort -- you will have access to Azure AD, which lets administrators add security settings.

Still, it'd be nice if Windows 10 could reimplement the option to create a local account upon installation. We don't like to be forced to do things we don't want to do.