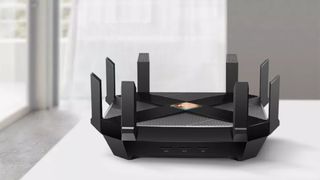 While we are finally seeing widespread adoption of Wi-Fi 6 in new laptops, tablets, and routers this year, the Federal Communications Commission (FCC) officially adopted new rules that will allow future Wi-Fi 6 compatible devices to deliver even more speed.

Specifically, the FCC is opening up the 6 GHz band for routers and other wireless devices, which will free up new lanes of network traffic from the congested 2.4 and 5GHz bands that are available to these devices today (via New Atlas).

The 6GHz band represents a significant 1,200 MHz of spectrum that will roughly quintuple the amount of available spectrum for Wi-Fi while delivering faster speeds than 2.4 or 5GHz bands. The net effect of these two factors is estimated to yield about a 2.5 times increase in theoretical network speeds as compared to what we have today.

There are already devices out there using the 6GHz band and many are critical pieces of utilities and public safety operations. Ajit Pai, the Chairman of the FCC, said as part of the announcement that they are "ensuring that those incumbents are protected by requiring the use of automated frequency coordination systems, which will only allow new standard-power operations in areas that will not cause interference to incumbent services, and by placing conservative power limits on low-power indoor operations."

Returning to the most important question: When will you get faster Wi-Fi? Consumer devices are allowed to start using this spectrum immediately, but unfortunately, this is not built into existing consumer routers, laptops, tablets, or smartphones. The expectation is that by the end of the year some devices that integrate support for the 6GHz spectrum could start to appear, but look to 2021 for more widespread adoption.