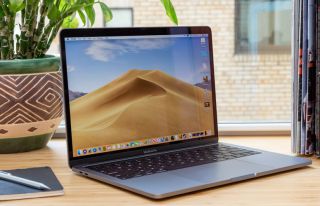 Apple could release its first laptops without Intel CPUs in the first half of 2021. According to reliable analyst Ming-Chi Kuo, the first ARM-based MacBooks with a custom Apple processor will arrive in the next 12 to 18 months.

Apple has long been expected to end its dependence on Intel by creating its own processors, similar to how it develops the ARM-based A-series chips inside the iPad Pro and iPhone.

Kuo first predicted in 2018 that Apple would ditch Intel in favor of an in-house chip. This latest report, however, is the first time we've heard a concrete timeline for when to expect the custom CPUs.

The coronavirus has caused production problems for several tech companies who make their products in China, including Apple. Interestingly, Kuo says Apple has only become "more aggressive" with funding research and development of a 5-nanometer chip to power the first Macs with ARM CPUs. For comparison, Intel's latest Ice Lake processors are 10nm, or twice the size of what Apple is aiming for.

What are the benefits of a Mac with ARM-based chips?

By manufacturing its own chips, Apple could reduce its reliance on third-party vendors. Intel, which has provided the chips for every MacBook laptop to date, has faced several chip shortages in recent years. Those shortages were so severe that Apple CEO Tim Cook blamed Intel for the company's declining Mac sales.

On top of production issues, Intel has struggled with the pressure to reduce the size of its processor nodes -- the new 10nm Ice Lake chips were delayed and underwhelming.

Additionally, with custom chips, Apple could have more control over its laptops while enabling Macs, iPhones and iPads to work seamlessly together.

What is Apple saying about ARM CPUs for Mac?

That said, Apple recently made high-profile hires that hint at its intention of producing a custom chip for laptops. The company recently poached Mike Filippo, a lead architect behind the chips that power most of the world's smartphones and tablets, including the Cortex-A76, which was used in Qualcomm's latest Snapdragon 855 SoC.

“Mike was a long-time valuable member of the ARM community,” a spokesman at Arm told Bloomberg. “We appreciate all of his efforts and wish him well in his next endeavor.”

What to expect from ARM-based Macs

If Apple's blisteringly-fast tablet processors are any indication, then the ARM-based chips rumored for Macs should offer record-breaking performance.

The latest A12X Bionic SoC -- which is based on ARM architecture -- in the iPad Pro outperforms most premium laptops. Not only did it crush our performance tests, but the chip is so efficient that the iPad Pro lasted for 13+ hours on our battery test.

Apple fans should be thrilled about the prospect of Apple creating custom ARM-based processors. Add an improved scissor keyboard to the company's upcoming MacBooks, and Windows PC vendors and Intel should be very worried.