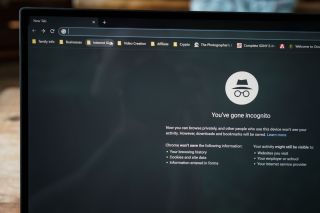 In a recent class-action lawsuit filing, Google is accused of using Incognito mode to collect and record data that violates at least two communications laws, the New York Times reports.

According to the docket filed in the U.S. District Court for the Northern District of California, the tech giant's Google Chrome "private browsing mode" feature tracks and records websites despite the promise of being able to "browse the web privately".

“Google tracks and collects consumer browsing history and other web activity data no matter what safeguards consumers undertake to protect their data privacy,” the complaint, filed by Mark C. Mao, a partner at the law firm Boies Schiller Flexner, reads.

Google is no stranger to lawsuits and criticism over its data collection habits. As we reported earlier this year, Google removed a statement from its Chrome web browser that ensured its built-in tracker didn't contain personal information.

Google spokesperson Jose Castaneda responded to the potential class-action suit, saying the company disputes the claims and will "vigorously" defend itself in court.

“Incognito mode in Chrome gives you the choice to browse the internet without your activity being saved to your browser or device," Castenada said in a statement to the New York Times. "As we clearly state each time you open a new incognito tab, websites might be able to collect information about your browsing activity during your session."

Google's incognito tab does inform users that activity might be visible to the websites they visited, employers, schools and ISP. Its sole purpose is to prevent other people who use the device from viewing your activity.

Despite the disclaimer, the three complainants allege that Google is in violation of the Federal Wiretap Act and California Privacy laws, which protect communication between individuals.

They are seeking $5,000 per user, which totals $5 billion in punitive damages for the millions of Chrome users who have used Incognito mode to browse the web.