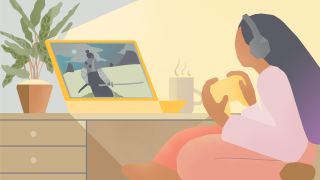 With the year wrapping up, it seems appropriate to celebrate the best PC games released throughout 2019. Whether they're perfectly optimized for cheap gaming laptops, gorgeously realized for the best gaming laptops or just insanely fun to play, there's a lot here to love. If you haven't gotten a chance to play anything that launched in 2019, here are our 15 best PC games of the year to get you started.

Total War: Three Kingdoms is an epic strategy game with an impactful focus on diplomacy, allowing players to truly immerse themselves in the dangerous landscape of war, alliances and politics. It features what might be the most enjoyable campaign in the Total War series, as its in-depth progression system allows for a handful of unique playstyles. Additionally, its setting is absolutely gorgeous, as its portrayal of ancient Chinese architecture and landscapes pop out beautifully.

Asgard's Wrath is the most exciting virtual reality experience of the year, existing as the first of its kind to feel like a fully-formed RPG adventure. The game boasts a thoroughly designed combat system with a handful of unique movements and commands to execute within its digital world. Additionally, the gorgeously designed environments and incredibly smooth animations solidify it as the most immersive title on the platform. Sanzaru Games has showcased its proficiency in crafting titles for virtual reality, and we're highly anticipating what they'll do next. Not sure what specs you need to play it? Take a tour down our best VR-ready laptops page to find out.

Disco Elysium is the most impressive isometric RPG we've seen in over a decade. With an absolutely bonkers storyline, the game tells its in-depth narrative more effectively through clever text-based dialogue than most games can with fully animated cutscenes. It's also wholly breathtaking, as it succeeds in bringing its gritty world to life with a considerable dedication to detail.

In Disco Elysium, your choices matter, and everything you do within its world feels like its contributing to the narrative. You play as a cop in a capitalist authoritarian regime, looking forward to solving a murder case while simultaneously regaining your memory that was lost after a mental break. It's a meticulously haunting RPG experience, and a must play for 2019.

Fans of the real time strategy genre would be foolish to miss out on this stunning remaster of the 1999 classic — Age of Empires II: Definitive Edition. These splendid visual improvements provide a novel experience, where its beautiful city designs and lush landscapes pop.

It's also jam-packed with additional content, making a purchase worth it even if you've sunk thousands of hours into the original. "The Last Khans" bundles three fresh campaigns along with four new civilizations. If you/re a fan of Age of Empires II, this definitive edition is without doubt a must-buy.

After a seven-year wait, Borderlands 3 improves on much of what makes the series special. What stands out about this sequel is how it exponentially elevates the cinematic intensity of its boss fights. Nearly every one of these encounters is infinitely more memorable than the ones in its predecessors.

Additionally, Gearbox has improved upon its weapon variety by offering over 1 billion guns. Every gun is fun to use, and even if you don't like one, you'll find another in a matter of minutes. Borderlands 3 is a giant leap for the franchise, putting a fine polish on the loot-and-shoot mechanics fans have come to love.

NetherRealm's latest in the Mortal Kombat franchise is violent, quick and tactile, more so than ever before. It's incredibly creative in how it makes the player squeamish, as some of these fatalities are nonsensically brutal. It presents a combat system that is tightly crafted to look as awesome as possible, while keeping the player in complete control. This time around the Kombatants are either working with or against younger versions of themselves, thanks to manipulations of the Kronika, the Keeper of Time.

The game looks absolutely stunning, possessing beautiful backdrops and some of the coolest-looking abilities in the studio's history. Mortal Kombat 11 is not only the best title in the series, but, arguably, one of the best fighting games of all time.

Red Dead Redemption 2 finally made its way to PC almost a year after its initial console launch.  Although it's had a rocky start with a handful of technical issues, it's still exciting to witness the intense graphical potential that it has to offer. The title is a love letter to the old-school Western, complete with a cinematic mode that letterboxes the scenery, allowing gamers to sit back and enjoy the wild frontier.

Besides from how much better it looks compared to console, the game is superbly fun with an elevated focus on intense shootouts, a classic Western storyline and memorable characters. Riding your horse through this gritty, well-established expanse is beyond immersive.

The game is a prequel that puts you in the well-worn boots of Arthur Morgan and what turns out to be the last days of the Dutch van der Linde gang. The game tackles the themes of change, redemption and revenge on a grand scale.

The battle-royale genre exploded in popularity ever since the release of Fortnite, and it seemed likely that nothing could overtake it. However, Apex Legends gets pretty close, and it's a wonderful experience. Respawn Entertainment has crafted a first-person shooter that is intense and tactical, more-so than most PvP games out there.

Most notably, the title introduces a mechanic that allows you to revive dead teammates. This was so successful that even Fortnite implemented it. For players, it's way more exciting to know that they have a chance of coming back postmortem rather than watching their friends do all the cool stuff.

Obsidian Entertainment, the legendary developers behind Fallout: New Vegas, are finally back with a brand-new first-person RPG experience. However, instead of surviving a dreary post-apocalyptic wasteland, it has you taking in the gorgeous landscape of several brightly colored sci-fi planets.

The Outer Worlds stands out due to its in-depth dialogue options, which really make players feel like they have some sort of choice in shaping the game's world. Additionally, it boasts excellent voice acting and an incredibly immersive narrative that extends Obsidian Entertainment's record for excellently crafted RPGs.

Fallen Order exists as an amalgamation of awesome ideas borrowed from a handful of different properties, each with their own well-established identities. It does this incredibly well, as it satisfies enough of the gimmicks in those genres to feel like a full package. Plus, as Jedi Padawan, Cal Kestis, you're running around a galaxy far, far away wielding a lightsaber and plenty of cool Force powers. Dual wielding sabers is a thrilling experience, as is performing a Force Pull on a hapless Stormtrooper.

Fallen Order delivers varied gameplay to keep things interesting. One moment you're trapped in an intense Souls-like boss battle, another moment you're solving a Tomb Raider-esque puzzle, and other times you're swinging around obstacles like Nathan Drake. Everything here is presented with a great understanding of what makes these games fun, resulting in an exceedingly satisfying video game experience.

Control is a stunning work of art, overwhelmingly cinematic in its directorial presentation and exceptional performances. It's one of those experiences that further lessens the gap between film and gaming, meshing the two together into a comprehensive package. Not only is it compelling, but it's beautiful in a remarkably distinctive way, unlike any other game out there at the moment.

In this action-adventure title, gamers play as Jesse Faden, director of the Federal Bureau of Control (FBC), a secret government organization tasked with investigating supernatural occurrences. At the start of the game, Faden discovers the FBC has been overrun by a malevolent force. Faden must rout the invading force all while looking for her long-lost brother who disappeared in a paranormal incident years ago. Control is a must play on PC, and Remedy Entertainment deserves a pat on the back for this undeniably gorgeous adventure.

With its gooey enemies and brutal executions, the Gears of War franchise has always been disgustingly beautiful. However, Gears 5 is the hands-down the prettiest in the series.There's no better way to trudge through Gears 5 than on PC, as it looks remarkably more impressive than on the Xbox One. Regardless of which platform you prefer, the series ups its presentational quality tenfold, providing one of the most visually stunning experiences of the year.

Additionally, Gears 5 manages to scratch the itch that cover-based shooters have been missing for quite some time, especially with a campaign that is perhaps the best in the franchise. The story picks up right after the events of 4 with JD, Kait, Marcus and Del hot on the heels of the latest threat to Sera, the Swarm. As the fight heats up, family secrets are revealed that can change the face of the war. Microsoft has outdone itself with this sequel, and it's exciting to envision what the company has in store for the future.

Devil May Cry 5 has been highly anticipated for over a decade, and thankfully, Capcom manages to deliver the stylish sequel we've been waiting for. Not only are Dante and Nero back, but they're as cool as ever, with their over-the-top personalities and hilariously corny jokes making a long-awaited return into the gaming sphere. Plus, you've got the mysterious newcomer V and his two powerful familiars. This time, the big bad is Urizen, who seeks to harvest the evil fruit of the Qilphoth tree to rule both the demon and human worlds.

This sequel also delivers on its insanely satisfying combat system with a heavy reliance on ridiculous combos and borderline nonsensical presentation. Furthermore, jumping between characters keeps the gameplay fresh, and the execution of its narrative reminds us of why it's good to be a Devil May Cry fan in 2019.

Capcom has been seeing great success by remastering some of its older classic games and Resident Evil 2 is the latest to get this treatment. This reimagining of the 1998 classic is practically unrecognizable, flaunting the most impressive glow-up in remake history. Not only does the game present an intense graphical improvement, but the gameplay enhancements solidify it as a wildly unique entry into the beloved horror franchise. And the PC port has also seen some wild mods, from Pennywise the Dancing Clown replaced as Mr. X to Mr. X chasing you in a straight-up speedo (shivers).

Straying far from their RPG roots, FromSoftware has not only provided the most intense action game of the year, but easily the most difficult experience 2019 has to offer. Where Dark Souls has you rolling and blocking to protect against attacks, Sekiro adds jumping, grabbing blades and an elevated focus on parrying. It functions like a rhythm game; there are half a dozen inputs to defend yourself, and if you don't figure out which action is appropriate in that split second, you're dead.

This structure allows for incredibly satisfying, albeit frustrating, boss encounters. Making progress is nearly impossible until you master the game's combat system, and even then, tackling something new is almost always challenging. Until Sekiro, never had I been stuck on a boss for 4.6 hours, and I don't regret a minute of it.