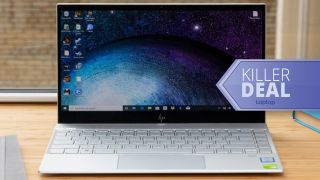 The HP Envy 13t is the perfect laptop for anyone who wants a premium, portable machine that won't break the bank. As part of its massive Presidents' Day sales, HP is slashing the price of this excellent MacBook Air killer.

However, the HP Envy 13t isn't just good on paper, it's also a powerful machine when used for everyday tasks. In our HP Envy 13t review, we found it's the perfect laptop for anyone who needs to get things done. Keep in mind, we reviewed a model with Intel's previous-gen CPU, so the machine on sale today should offer even better performance.

The Envy 13t is just one of many HP laptops on sale this weekend. Other deals include: