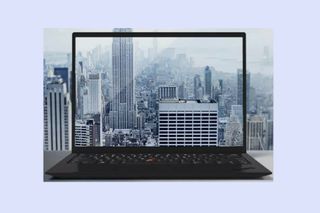 The ThinkPad Nano, Lenovo's answer to the Dell XPS 13, could be one of the lightest laptops ever.

The latest ThinkPad Nano leak lists its weight as less than 1 kilogram, or 2.2 pounds. In comparison, the XPS 13 — the most compact laptop of its kind and the current best laptop available — weighs 2.8 pounds.

Posted by well-regarded leaker WalkingCat, internal specs pages suggest the ThinkPad Nano will be a 13-inch version of the ThinkPad X1 Carbon (which has a 14-inch display). The smaller model will use the same carbon fiber material and, like the X1 Carbon, flaunt an optional carbon-weave pattern on the lid.

The leak is filled with interesting tidbits about the mysterious ThinkPad. Highlights include a 13.0-inch, 2K display (450 nits of brightness) with a 16:10 aspect ratio instead of a traditional 13.3-inch panel with a 16:9 ratio. That panel, which is surrounded by thin bezels, can be upgraded to a touchscreen.

Another fascinating feature is the Nano's two Thunderbolt 4 ports. Just recently detailed by Intel, Thunderbolt 4 increases the minimum specs of its predecessor, requiring support for at least two 4K displays and for one input to be a charging port.

Powering the ThinkPad Nano is Intel's upcoming Tiger Lake CPUs. They are listed in the specs table as 15W CPUs, so expect U-series chips along with 16GB of RAM. Interestingly, on the top-right corner of the slide is a badge for a "10th Gen" Intel Core i7 CPU, although Tiger Lake is rumored to be marketed as 11th Gen.

The Nano has a 48Wh battery with a runtime rating of up to 17 hours, which would put it among the longest-lasting laptops. We'll take this claim with a grain of salt until we can test the Nano ourselves.

And last but certainly not least, the X1 Nano will supposedly support 4G LTE and 5G connectivity for super-fast data speeds while on the go.

No release date was provided in this leak but given the Nano's specs, especially its Tiger Lake CPU, we expect it to arrive in Q4 of this year or at the start of 2021.