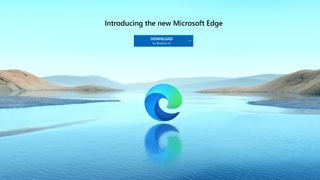 You may recall reports from a few weeks ago about Google using scare tactics to drive people away from Microsoft's new Chromium-based Edge browser. After receiving criticism for its petty antics, Google has now dropped the message.

No, it still doesn't want you to use Edge, but Google's more agreeable statement now reads: "You can now add extensions from the Chrome Web Store to Microsoft Edge— Click on ‘Add to Chrome.'"

That is much less intimidating than the previous message: "Google recommends switching to Chrome to use extensions securely.”

Google explained why it was telling users not to trust the security of Edge. As Windows Latest reports, Google says the error was sent to users from certain Google services because Microsoft Edge doesn't use Google's Safe Browsing Feature. Instead, it uses SmartScreen to block malicious downloads and extensions.

Beyond the message itself, Google's use of "user-agent strings" to identify Microsoft Edge users and send them a notification to switch to Chrome was intrusive and unnecessary.

Google is feeling the heat

I say unnecessary but Google and Chrome are feeling some pressure from Microsoft's latest browser.

And the numbers back it up. Based on data from NetMarketShare, Microsoft Edge is just behind Firefox for the second-highest percentage of the browser market share. Chrome is still miles ahead, but at this pace, Edge could put Google's dominance at risk in the coming years.