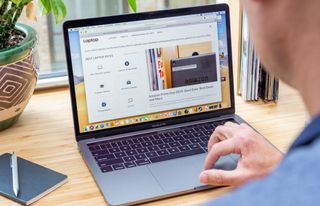 Apple just admitted that some 13-inch MacBook Pros have a serious problem, and it has nothing to do with the doomed Butterfly keyboard.

A support document posted to Apple's website today lists the steps you need to take if your 13-inch MacBook Pro keeps shutting down. The guide specifically names the entry-level 2019 model with two Thunderbolt 3 ports, which was released in July.

MacBook Pro owners have posted in frustration to multiple forums to report how their laptops are randomly shutting down when the battery hits a certain percentage.

One user on MacRumors wrote, "Same issue for me, New out of the box 2019 13. MBP Cuts out after hitting 45% of battery. This is my second MBP within 10 days. For the first MacBook, cuts out at 35% and now new MacBook cuts out at 45%. SMC reset didn't work, no hardware failure detection at apple store."

That experience was echoed by another MacBook user on Apple's forum, "This is my second MacBook Pro 13" 2019 that has shutdown when there is a good amount of battery left. First MacBook shut down always at 35%. Took it to apple store, Genius Bar said there was nothing wrong with it hardware wise after running diagnostics."

Fortunately, there is a fairly easy fix for this issue.

Here are the steps you should take if your 13-inch MacBook Pro keeps randomly shutting down before the battery drains.

2. Connect your Mac to its power adapter.

4. Close your computer's lid, which puts your Mac into sleep mode.

5. Let your Mac charge for at least 8 hours.

6. After 8 hours, update to the latest version of macOS.

That's certainly an odd request to ask of users, but hey, it should solve any problems you're having with the MacBook Pro shutting down. If it doesn't, head over to your local Apple store and chat with the folks in blue.