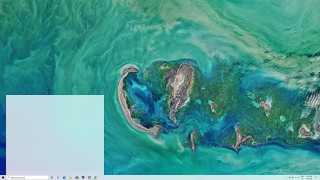 Update on Feb 5: Microsoft posted on Twitter that its “support engineers are doing their best to resolve this issue as soon as possible.” The company later told Gizmodo, “This issue has been resolved for most users and in some cases, you may need to reboot your machine." The Laptop Mag crew followed those instructions but are still experiencing issues.

The problem started more than 4 hours ago, and appears to stem from Bing, which is used as the backend to Windows' search feature. Microsoft acknowledged the bug, stating that it is currently investigating "access and latency issues" with various Microsoft 365 services.

It's currently unknown how many of the 800 million Windows users are affected by the search outage. However, the problem appears to be widespread, as more than half of the Laptop Mag and Tom's Guide staff who use Windows 10 devices haven't been able to search for anything today.

A quick web search surfaces dozens of users complaining on social media and various forums about the issue.

"The Search menu on my Windows 10 suddenly stopped working. When I click the Search icon or type something in the Start menu, it just shows a blank search window," one forum member wrote on Superuser.

“I seem to have gotten the same problem as well and on both of my laptops. The search just stopped working a couple hours ago seemingly out of nowhere. Curious to see how many more people are having this issue,” one Reddit user posted.

Some users say disabling Bing integration in Windows Search fixes the problem, but that requires you to tinker in Windows Registry.

We have reached out to Microsoft for comment and will update this article when we learn more.