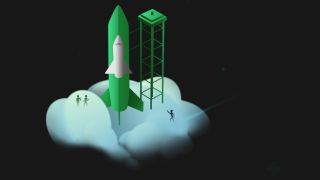 Windows 10 PC users may be getting the public beta for Microsoft's Project xCloud relatively soon; The Verge was recently able to obtain screenshots of how xCloud will work on PCs.

We can gather from those screenshots that Microsoft's Windows 10 app for Project xCloud is called Xbox Game Streaming, similar to the Android and iOS versions. Of course, you'll need a Microsoft account, a Bluetooth Xbox One controller and a solid internet connection to actually play the games.

However, similar to the Xbox Console Companion app, you can stream games from your Xbox console instead of Microsoft's servers.

Several games were already playable in the screenshots sent to The Verge. These were all currently available on Xbox Game Pass, which is how the mobile versions operate. The interface is not too dissimilar from the mobile experience, either.

The publication also received a note that noted, "This internal preview is running at 720p resolution with 1080p just around the corner." Microsoft is testing the waters to see how Windows 10 PCs can handle 720p streaming before jumping forward to higher resolutions.

Microsoft recently upgraded its xCloud server blades, jumping from four Xbox One S consoles to eight in a single server instance. When the time comes, we imagine that the company will make the jump to Xbox Series X consoles.

We're excited to see how Project xCloud will function on Windows 10 PCs compared to mobile. Microsoft is committed to launching xCloud this year, so the company will ideally launch a public beta sometime soon.