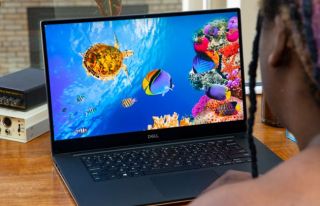 One of the most important features of any laptops is the wireless card. This unsung hero is your gateway to fast internet speeds and low latency when gaming. You might not know this, but not all wireless cards (or NIC for network interface cards) are made the same.

The majority of Wi-Fi cards in laptops are made by Intel, but a challenger, Rivet Networks, hit the scene a few years ago when Dell turned to it for the XPS 15. Rivet's Killer wireless cards have since found their way into other Dell XPS laptops as well as Alienware gaming rigs and HP notebooks.

Intel has now acquired Rivet Networks and removing its biggest NIC competitor in the gaming space. It will now "license its [Rivet Networks] software to customers and develop new solutions for broader PC connectivity enhancement.”

Killer gained a name for itself by promising a low latency connection to gamers who couldn't afford the slightest hint of lag. It did this by prioritizing high-bandwidth tasks, like gaming and video editing.

These wireless cards weren't without their own problems. XPS 15 owners reported various issues with Killer cards, most of which stem from poor driver implementation.

Speaking with our sister site Anandtech, Intel said it would keep the Killer brand and weave it into its existing portfolio of wireless cards. Intel and Rivet Networks had previously worked together to create the Killer Wireless-AC 1550, a Killer-branded card manufactured by Intel.