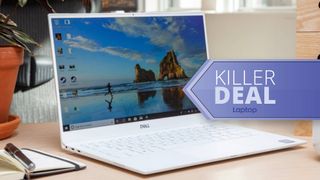 The XPS 13 is one of the best laptops we've tested and for a limited time it's on sale at an all-time price low.

In our Dell XP3 13 review, we were impressed by its slim, attractive chassis, and comfortable keyboard. We rated it 4 out of 5 stars and gave it our Editor's Choice award.

In terms of connectivity, the Dell XPS 13 features two Thunderbolt 3 ports with power delivery, DisplayPort, USB-C 3.1, a microSD card reader, and a headset jack. Battery-wise, you can expect it to last at least 10 hours on a full charge for your daily computing.

The coupon is good through February 21 at 8am ET.