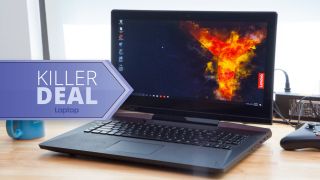 Lenovo makes some of the best budget gaming laptops in the market. For a limited time, many of these laptops are up to 30% off.

Like it predecessor, the Legion Y545 features a minimalist design and black color scheme which gives it a suave look you'd associate with tuxedo-clad big-screen villains. By comparison, the Legion Y545 has more of a premium aluminum build and it has a buttonless trackpad.

The Legion Y545 is a great choice for anyone looking for a solid performing gaming laptop on a budget.