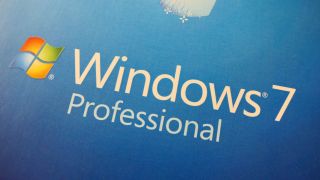 Just as Microsoft releases a fix for last month's embarrassing wallpaper bug, a new bug in the abandoned operating system is preventing users from rebooting or shutting down their systems.

"You don't have permission to shut down this computer," a pop-up message reads when affected users attempt to shut down or reboot their device.

The many users still clinging on to the operating system have taken to forums like Reddit and even Microsoft's own support page to complain about the issue. A few people suggest disabling Adobe update services but that proposed solution appears to have mixed results for those experiencing the shutdown flaw.

"I don't know if it is a Windows issue or what it is. One user had this problem and I didn't found any malware or virus at his computer," someone wrote.

The cause of the problem remains unknown but Microsoft acknowledged the bug in a statement to Bleeping Computer and said it was "actively investigating" the issue.

Microsoft's operating system bugs are well documented, although they typically stem from new updates.  That shouldn't be the case with this flaw considering Windows 7 was supposed to have been taken off life support in mid-January. That said, Windows Central reports that Microsoft released a patch today for a previous flaw that turned the Windows 7 background black.

An interesting consequence of these bugs is that they force Microsoft to resuscitate Windows 7 so users aren't left out to dry when the operating system finally does lose support.

Until a patch is released, users affected by the shutdown bug can try this temporary workaround (below) that's making rounds across various forums.

Windows 7 shutdown bug: What to do

Posted to Reddit, this workaround doesn't require you to download any sketchy software or do advanced coding. Unfortunately, you'll need to run through the steps each time you want to shut down your system.

This workaround is only a temporarily solution and takes some time to go through. Others have posted a more permanent solution but it's much more advanced and we haven't been able to verify it. Complete the following steps at your own risk.