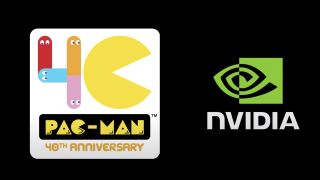 The arcade classic PAC-MAN just turned 40 so in honor of that momentous anniversary, Nvidia has partnered with Bandai Namco to recreate the game using its AI model known as GameGAN.

This requires a little explanation as, at first glance, it seems like they’ve loaded up a regular game of PAC-MAN. But this version was created without a game engine, it is a full version of the game purely based on the AI model’s observation of 50,000 games of PAC-MAN being played.

It’s just one example of how Nvidia has been leveraging generative adversarial networks (GANs), a breakthrough in deep learning that uses two neural networks working with one another to dramatically reduce the time it takes to train a deep learning algorithm.

Besides recreating 40-year-old video games, what can Nvidia do with GANs? One example that Nvidia researchers released last year is called GauGAN. Named after the French painter, it takes crude paintings or sketches and transforms them into photorealistic images. Again, the AI has been trained using GANs on millions of paintings and images to understand what a real lake or tree is meant to look like so it can generate a wholly new image based on the sketch.

Returning to games, there’s obviously more GANs can do in this realm. One application we have already seen it used for is as a method for 4K upscaling of older titles.

But Nvidia envisions its GameGAN AI model could also be used to instantly generate level layouts for much more complex modern games. Researchers are still just scratching the surface of what can be done with this technology, and while there are more important applications, it's fun to see Nvidia finding ways to apply it to gaming and other less serious pursuits.

If you want to get a glimpse at some of the fun stuff that Nvidia researchers have produced with GANs, you an take a look at the Nvidia AI Playground, which is also where they will be releasing the GameGAN-created version of PAC-MAN later this year.