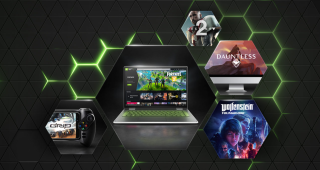 It’s been a rocky first month out of beta for Nvidia’s GeForce Now cloud gaming service, and it's getting worse. Two major publishers -- Activision-Blizzard and Bethesda -- already pulled their games from the service, and now another popular title joins that list. Independent game studio Hinterland Games is requesting that The Long Dark be removed from GeForce Now.

Game director Raphael van Lierop provided further details on Twitter regarding the decision. Quite simply, Nvidia did not approach the studio asking for permission to include them in GeForce Now. When asked if they would like to remain part of the service they responded: “not at the moment.”

Sorry to those who are disappointed you can no longer play #thelongdark on GeForce Now. Nvidia didn't ask for our permission to put the game on the platform so we asked them to remove it. Please take your complaints to them, not us. Devs should control where their games exist.March 1, 2020

While The Long Dark is an award-winning title with a large fanbase, it isn’t as significant a loss as the other development houses. That said, this is yet another sign that Nvidia doesn’t have a handle on securing partnerships.

Over its three-year beta period, GeForce Now has had a great number of partners, but its success in carrying them over to the full service has, so far, been less than stellar. Companies like EA, Rockstar, Square Enix, Capcom, and Konami all fell away from the service as it moved out of beta with no deals in place. This was the same situation for Activision-Blizzard and Bethesda, although in those cases, Nvidia had thought that existing deals covered them through the 90-day free trial offered to users with a Founders membership.

It's entirely possible that we will see any or all of these games and publishers back on the service in the coming months, but GeForce Now will remain a tough sell until we start to see at least some of them return.

We were impressed with the technical achievement of GeForce Now when we first saw it at CES 2017, but ultimately, the platform is only as good as the games it is able to deliver.