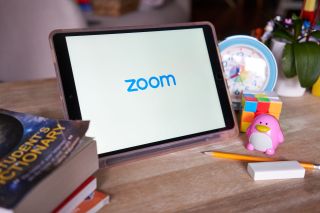 Zoom continues to dominate the conversation among the best video conferencing apps and software. And that's despite recent upgrades from some of its competitors like noise-canceling in Google Meet or the upcoming massive increase in simultaneous video callers for Microsoft Teams.

While Zoom still has a couple of weeks left on its self-imposed 90-day feature freeze, it did have one major announcement to make as it will now enable end-to-end encryption for all accounts, rather than just paid plans as the company originally stated (via TechRadar).

Of the numerous security concerns that came up regarding Zoom during its explosive growth early this year the lack of end-to-end encryption and the fact that the company claimed to have it, appeared to be the final straw for some and sparked the aforementioned 90-day feature freeze.

To be clear, the company still does not have its end-to-end encryption solution ready to roll out for anyone at this stage, it currently plans to begin a beta program for this functionality in July.

Users will need to provide some additional information to Zoom on a one-time-only basis in order to enable the functionality, the example used in its official announcement is a text message confirmation. One of Zoom's strengths has been the ease of setup, only requiring an email address. So this may be an issue for more casual users, but they are perhaps unlikely to care about end-to-end encryption enough to go through this process anyway.

Using end-to-end encryption will preclude the use of some other features like including "traditional PSTN phone lines or SIP/H.323 hardware conference room systems." Account administrators will be able to turn the feature on and off at the group or account level and meeting hosts will have the ability to turn it on or off for individual meetings as well.

It's a good move for Zoom as the company has now addressed quite a few of its security concerns during its feature update hiatus and leaving its free accounts without an end-to-end encryption option was going to be an easy opening for its competitors to attack.