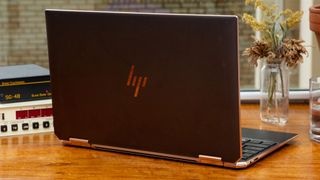 If you're having problems with an HP laptop, don't worry, you're not the only one. A bug in Windows 10 is causing HP laptops to get stuck in a boot loop. HP released a patch that seems to fix the issue for some users, but others are still running into problems.

When the bug surfaced, HP owners were greeted to a Blue Screen of Death error that read: KMODE_EXCEPTION_NOT_HANDLED. This critical error occurs when the kernel-mode program creates an exception that the error handler can't catch, as Windows Latest reports.

When the Blue Screen of Death appears, there is nothing that can be done. The system has experienced a complete crash and gets stuck in a boot loop, when it continuously attempts (and fails) to start up.

“No matter how many times I reboot, [BSOD] happens again immediately as soon as I reach the login screen and this happens even in safe mode,” one Reddit user noted.

It's not clear how widespread the problem is, but there are various reports on social media, Reddit and HP's forums describing the issue. What we do know is that no HP laptops were spared; Pavilion, Omen, Obelisk and Envy models were all struck down by the bug.

The problem surfaced in May but it's not clear what caused it. Some folks have linked the error to a Patch Tuesday update on May 12 while others theorize that update KB4556799 -- which has already proven to contain various bugs -- is the culprit. Others suggest the Blue Screen error is caused by compatibility issues between Windows Defender and HP updates.

HP Japan wasn't shy about pointing fingers. In a tweet, the company blamed a Windows 10 update and recommended reverting to a more stable version of the OS. But you might not need to as HP released a patch that fixes the problem for some laptops and desktops.

HP apparently released an update through Windows Update (not its own Support Assist app) that fixes the problem for certain users. A member of AskWoody forums discovered an HP Software Component 4.1.4.3079 update on their Omen desktop. After installing it, the Blue Screen of Death problems disappeared.

Unfortunately, it seems like this patch might not work for all users as another forum member said they had installed Update 4.1.4.3079 on May 9 but experienced BSOD on May 10 and May 19.

If you still want to try it, search for "updates" and choose "Check for Updates" in Windows Search. Make sure Windows Updates is chosen from the left-hand menu and press Check for Updates.

Given the unknown success rate of this patch, your best bet for fixing lingering issues is to revert your HP laptop to an older version of Windows 10. Again, this "fix" doesn't have a 100% success rate, but it's worth a try. You can do so by going to the settings menu, pressing the Windows icon in the bottom-left corner and clicking the Settings gear.