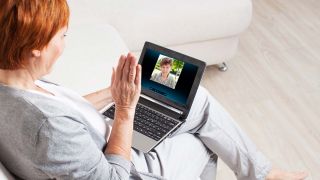 The demand for remote-friendly platforms surged amid the coronavirus outbreak, and as a result, Skype has seen an uptick in users seeking videoconferencing technology. Unfortunately, Microsoft (which owns Skype) botched a recent Skype update when the world needs it the most, TechRadar reports.

There are two versions of Skype: a desktop app that can be downloaded from the Skype website and a pre-installed Skype program for Windows 10 users; The latter is what Twitter user Florian B is up in arms about.

The Windows 10 default Skype program is known for featuring better Windows 10 integration than its web-installed counterpart. But with Microsoft's new updates to Skype, the application is ditching many of its well-received features.

The regressive update may be due to Microsoft's move to phase out Universal Windows Platform (UWP), a Microsoft-created API that helps developers launch cross-platform apps that run on Windows 10.

Italian tech blog Aggiornamenti Lumia pointed out that instead of using UWP, Microsoft is transitioning into a cross-platform framework called Electron. The conversion hasn't been smooth, but it will allow developers to optimize Skype compatibility for platforms beyond Windows 10, such as Chrome OS.