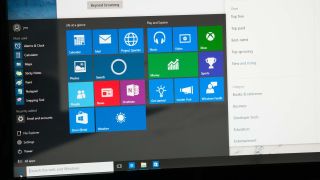 Microsoft has outdone itself with the latest entry in an endless series of Windows 10 blunders.

Users are now reporting that Windows 10 version KB4532693 is deleting files from PCs. If that sounds familiar, it's because back in 2018 the now-defunct Windows 10 October update was erasing files PC users' documents, photos and music folders.

As reported by Windows Latest, the Windows 10 KB4532693 security update is reverting some users' Start menu and desktop to their default settings. In some cases, this also removed files from the desktop.

Some folks can restore their files from a temporary folder ending in .000 or .bak from the C:\Users location. Others, however, have found no trace of their lost files.

Windows users are taking to social media and Microsoft's own forum to vent their frustration and look for clues on how to restore their missing documents.

"I had numerous documents saved on my Desktop and they all disappeared after a Windows update. Some program icons are still there but all the documents disappeared," one user wrote on Microsoft's Community site.

“My desktop is black, icons are gone, Taskbar and Start menu are also empty. Uninstalled the update and my data is still missing, I cannot find it anywhere," another wrote.

According to a Bleeping Computer report, the bug results from the update creating a temporary profile to handle installation but failing to remove itself. So when the download goes through, this temporary profile overlaps the user profile before it.

It's hard to gauge how widespread the issues are, and Microsoft hasn't published an official statement on the bug.

What should you do to protect your files?

This one is tricky. Microsoft hasn't acknowledged the bug yet or pulled back the update, so you'll be prompted to download it once it arrives on your system.

But given the damage the Windows 10 KB4532693 security update could cause, you might want to wait a bit before installing it.

If you've already installed KB4532693 and can't find your desktop files, try reverting to an older version of Windows. To do so, go to the Windows Update menu and click "View update history." From there, just press Uninstall updates and choose KB4532693.

We always recommend backing up your files in case something like this happens, especially since every new Windows 10 update seems to set off a chain of issues.