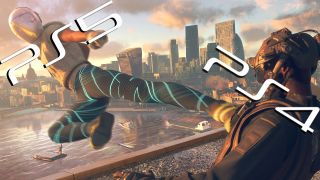 Ubisoft recently confirmed that both the PS5 and Xbox Series X will have some form of compatibility with the PS4 and Xbox One, respectively. But apparently the PS5 won't be able to run everything.

Ubisoft CEO Yves Guillemot spoke on a financial call last week and revealed that the new "consoles will be running almost all the back catalog of the previous consoles."

Guillemot added, "[Backwards compatibility] will be something new in the industry," and that it "will help the old generations to continue to be big consoles on the market for years to come."

The phrase "almost all" tells us that a majority of the PS4 games can be played on PS5, but which games will be left out? Maybe it'll be PlayStation exclusives, just to give the company a chance to port its games over to PS5 with remastered graphics. Those don't necessarily need to be exclusives, but remasters seem like the only logical reason that all the games won't be compatible.

Of course, in the same conference call, Ubisoft talked about its coming games, stating that it would release three AAA games this year, but didn't mention which ones exactly.

Release dates for Watch Dogs Legion and Gods & Monsters are still unconfirmed, but it's likely they'll launch this year. We're still waiting on that third title. The world isn't good enough to give us another Splinter Cell game, so we imagine it might be a new Assassin's Creed or even a Far Cry title. We'll know more when we get closer to E3.