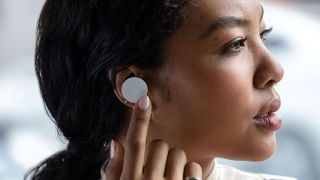 Hiss! Pop! These are the irksome noises some Surface Earbuds users are hearing on their $200 device, according to posters on Microsoft Community. Thankfully, a Microsoft spokesperson announced that the company would be investigating the issue, Neowin reported.

Several Surface Buds owners reported that the hissing and popping noise issue occurs when a sound — such as a ringtone, a music playlist or a chime from a phone being unlocked — is about to play.

What is causing the hissing noise in the Surface Earbuds?

One poster, claiming to be an electrical engineer, hypothesized that this hissing issue stems from the Surface Earbuds' poorly calibrated amplifier. "As soon as this amplifier is turned on, this hissing noise is there," he or she wrote. "I would accept this for a 50 dollar thing. But I will not accept this for 200 dollars. How can I get a replacement?"

PhoneArena, on the other hand, suspects the root of the issue comes from the right bud initiating a connection with the left bud. However, as of this writing, Microsoft has not pinpointed the culprit behind the Surface Earbuds' sound issues.

With three pages of complaints from Surface Buds customers, Microsoft replied with an apology and insinuated plans to investigate the issue.

"We apologize for the troubles you have to go through with the pop/hiss sound on your Surface Earbuds. We have raised this to our team internally. Your feedback is greatly appreciated and we will get back to you as soon as we get updates on this," a Microsoft spokesperson wrote.

A common thread among the complaints is that the quality of sound from the Surface Buds isn't satisfactory, which is a shame because the device is more comfortable than other earbud competitors.

"I like this [sic] earbuds very much. It's comfortable. The first earbuds I am able to use all day long without much discomfort. I hope this can be fix [sic] with a firmware update," a poster with the moniker LionelGaraud wrote.

"It is a shame because apart from this problem, they are very good, very comfortable. I was ready to use them on a daily basis," TruongDinh added.

The hissing sound is reported to last 2 to 3 seconds and does not hinder normal operations, but it is annoying enough that some posters plan on returning the Surface Earbuds. It's unknown whether this is a hardware or software issue. If it's the latter, an update can fix the noise problem.

This is the Redmond-based tech giant's first plunge into the wireless earbuds market. Microsoft seduced consumers into purchasing the Surface Earbuds with its attractive Office 365 integration, Cortana voice command and double-tap functionality to play Spotify music.

Unfortunately, with some users reporting earbud issues, this is not an impressive first step for Microsoft as it competes with Apple's lucrative AirPods. Hopefully Microsoft can find a fix and regain its footing in the wireless audio market.