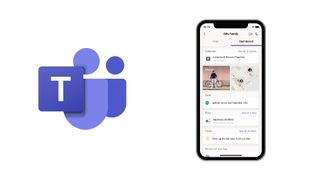 One of the biggest announcements from Microsoft with its upcoming Microsoft 365 Personal and Family plans offering is Microsoft Teams for consumers. Unfortunately, the service won't be here until later in the year, but it's an ambitious undertaking that may have a number of different services in its sights (via TechCrunch).

The app will offer text, audio, and video chat components along with a number of robust sharing and organizational tools that look to make it the central hub for your communication and interactions with family and friends.

While the enterprise version of Microsoft Teams was launched just over three years ago now, the app had started to really build momentum last year crossing the 20 million daily active user mark in November and climbing to over 30 million before the full force of the COVID-19 health crisis hit and pushed that up to over 44 million on March 18th.

Now Microsoft is preparing to launch a consumer version later this year that will mirror the communication functionality of the enterprise version while integrating a number of additional consumer-friendly features that could potentially take on a number of different services.

This could make it an ideal tool for more than just family organization and communication, but for groups that are putting together events, or children's sports teams. There are a number of standalone apps that attempt to solve these problems and of course there's Facebook, but it's a significant addressable market when looking at all of the potential use cases for the service. The question is whether Microsoft can win over consumers and given the size of the existing Teams enterprise user base it seems like they will at least have a solid chance.

Crucially those enterprise Teams users will be able to easily switch back and forth between the two to easily keep track of both work and home communications and activities.

While Microsoft offered a basic vision for the service, further details should be available as we see it trialed in the coming months with an expected launch late this year.