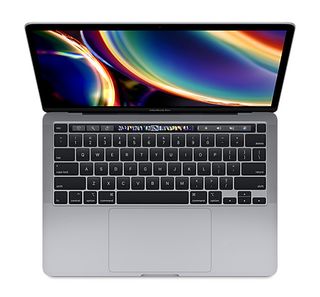 The next MacBook Pro may sport Apple's riskiest upgrade since its controversial butterfly-switch keyboard. This time, the Cupertino-based tech giant might be eyeing a massive trackpad transformation, AppleInsider reported.

It may be time to say goodbye to the MacBook Pro trackpad as we know it. According to a new patent filed by Apple, the MacBook masterminds will eliminate the trackpad's confined dimension and allow users to engage with their cursor using the full width of the deck.

The inventors behind the patent claim that having a fixed trackpad on a laptop is an inconvenient pain in the rear, especially if a user has to do a lot of scrolling and other space-demanding trackpad functions.

To rectify this, the inventors propose ditching the conventional, fixed-dimension trackpad in favor of one that takes up the entire bottom region of the keyboard deck.

Yes, your palm rest could be your future trackpad.

The futuristic trackpad could be minimized or expanded to the user's liking by using gestures to define the trackpad's boundaries. According to the patent, indicators will light up to notify the user about the current set perimeter of their trackpad.

You could even move the position of your trackpad, too. Multitaskers may prefer this as they could use their trackpad on the left side while dexterously typing with their right hand.

Another cool feature? The trackpad could provide haptic feedback or optical confirmation of the user's gestures, such as illuminated visuals of a trail when the user performs a dragging motion. The patent mentioned that this visual feature could help optimize gaming, digital drawing and other tasks that require precision and repetition of previous movements on the input surface.

And of course, the trackpad will be able to accomplish our most common gestures, such as pinch-to-zoom and two-finger scrolling.

How it would work

The mechanics behind this mind-blowing touchpad invention include an input surface with a metal contact area that is populated with a group of indicators. These indicators can be illuminated depending on what gestures the user is performing.

According to the patent, the indicators would be a series of holes that extend through the contact area that will be sealed in with an optically clear sealant, which will allow light to pass through while reducing debris and liquid permeation.

And of course, the surface would also have the ability to capacitively sense the user's touch, gesture and input force.

We hasten to say, though, that this is only a patent and Apple files many of them; many inventions do not materialize into anything beyond than an area of interest for the Cupertino-based tech giant.