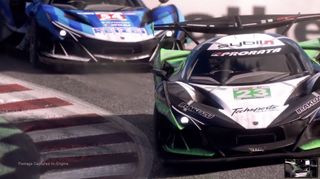 Forza is known for pushing the boundaries of what is possible on new consoles and the forthcoming installment for the Xbox Series X, Forza Motorsport, looks like it will once again deliver on that promise.

The first trailer for it debuted during the Xbox Series X games event today and was fully rendered in-game to showcase the photo-realistic visuals with the team boasting that it will deliver ray-tracing and 60 frames per second performance all at native 4K.

Unfortunately, the game was specifically called out as being in early development, so don't plan on picking up a copy of Forza Motorsport with your Xbox Series X on launch day.